English-born landscape painter Thomas Moran achieved such commercial success and widespread recognition for his paintings of the West that he became known as the Dean of American Painters. As a child, he immigrated with his family to the United States. In Philadelphia, Moran was apprenticed to a wood engraver, where he learned the manipulation of texture and value, skills evident in his mature painting style. Moran returned to England, coming under the spell of J. M. W. Turner, and later went to Europe to study the works of the Old Masters.

Moran worked for a time as a magazine illustrator. He was invited to accompany Ferdinand V. Hayden’s famous 1871 Geological Survey Expedition to Yellowstone. Moran’s paintings of Yellowstone’s geysers, hot springs, canyons, and cliffs played a major role in convincing Congress to make the region a national park in 1872. After the Yellowstone trip, Moran’s career as an expedition artist and painter blossomed. He continued to travel with subsequent Hayden surveys and painted Yellowstone, Yosemite, the Grand Canyon, and other wilderness regions for the next forty years.

Today, Moran’s paintings are held in prestigious collections such as the Metropolitan Museum of Art, the Smithsonian Institution, and the Gilcrease Museum in Tulsa, Oklahoma.

We buy works by Thomas Moran 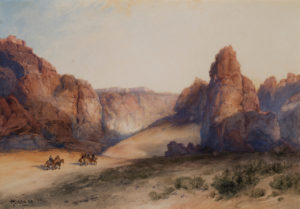 The Rock of Acoma, New Mexico 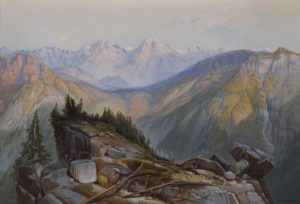 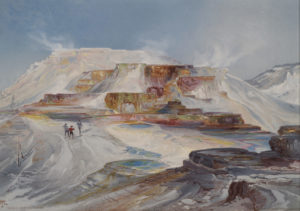 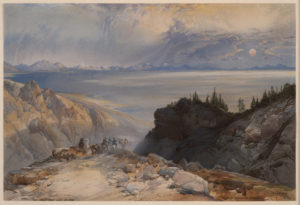 The Great Salt Lake of Utah 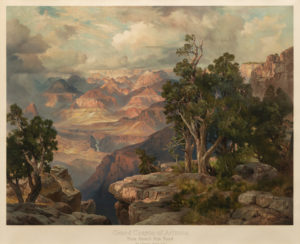 The Grand Cañon of the Colorado River, Arizona 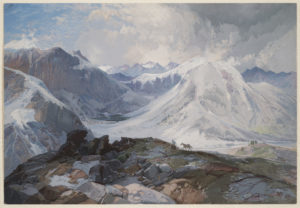 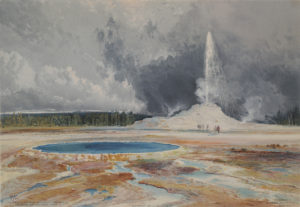 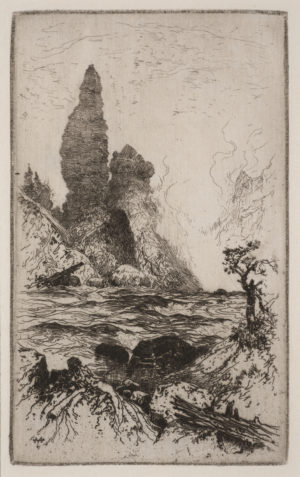