Now famous for his “romantic and grand view landscapes,” Thomas Hill belonged to the White Mountain School of landscape painters early in his career. Through this Boston artists’ circle, he associated with Albert Bierstadt, Asher B. Durand, Virgil Williams, and others. Most well known for his depictions of California’s Yosemite Valley and its giant redwoods, Hill also painted still lifes, portraits, and historic scenes of the West. During the art boom of the 1870s, Hill became one of California’s most prominent landscape painters. His paintings became increasingly individualistic as he refined his brush techniques to create distinctive light and tonal effects.

We buy works by Thomas Hill 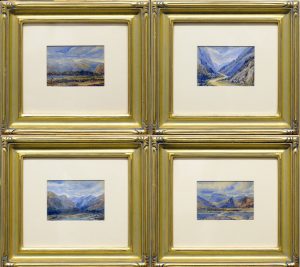 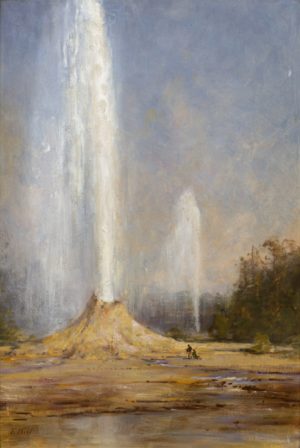