T. C. Cannon (Kiowa/Caddo/Choctaw) was born in 1946 in Lawton, Oklahoma, as Tommy Wayne Cannon. His Kiowa name was “Pai-doung-u-day” (One Who Stands in the Sun). In 1964, Cannon attended the Institute of American Indian Arts in Santa Fe where he studied with Fritz Scholder. Following graduation, he briefly studied at the San Francisco Art Institute but soon enlisted in the army and served in Vietnam. During this time, his artwork was selected for inclusion in an important exhibition featuring contemporary Southern Plains Indian art, which traveled to several U.S. museums.

T.C. Cannon’s rise to national prominence was relatively rapid. In 1972, the National Collection of Fine Arts of the Smithsonian Institution featured the work of Cannon along with his teacher, Fritz Scholder, in an exhibition entitled, “Two American Painters.” The subsequent period was productive and, in 1978, he was to have a one-man show in New York City at the Aberbach Gallery. Months before the scheduled opening, T.C. Cannon was killed in an automobile accident in Santa Fe. When Aberbach Gallery finally held its Cannon exhibition in 1979, it was held as “T.C. Cannon: A Memorial Exhibition,” a show that subsequently traveled to other locations, including the Heard Museum, the Museum of New Mexico, and the Buffalo Bill Center of the West. Today, Cannon’s work is featured in many important public and private collections.

We buy works by T.C. Cannon 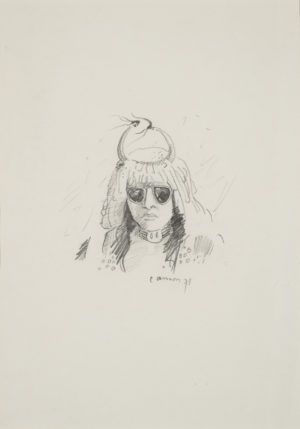 Head of Dancer with Sunglasses 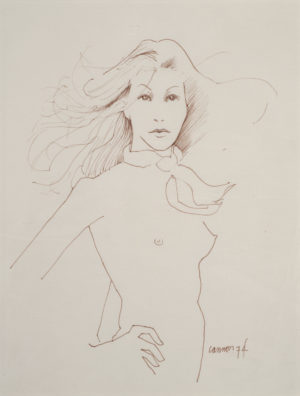 Woman with Scarf Around her Neck