Born in Amsterdam in 1882, Henry C. (Hendrikus Cornelius) Balink received an early arts education at the Art Institute of Rotterdam, followed by formal training at the Royal Netherlands Academy of Arts and Sciences. With the 1914 onset of World War I, he immigrated to America, where he simplified his name and worked in New York and Chicago before following in the footsteps of artists drawn further west.

In 1917, Balink traveled to Taos, New Mexico, making several successive trips to the Southwest before settling permanently in Santa Fe in 1924. Like many before him, he became fascinated by Native American culture, as well as the imagery, colors, and scenery of the American West. Balink’s skill as a draftsman and painter is evident in the portraits he painted of individuals from over 60 Native American tribes. Balink’s work is held in numerous collections, including the New Mexico Museum of Art, the Tucson Museum of Art, and the Gilcrease Museum in Oklahoma. 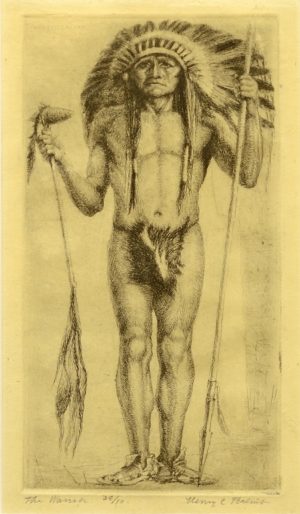 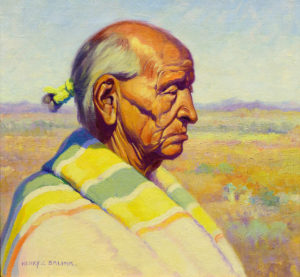