Frank Tenney Johnson established a name as a western artist early in his career when he became an illustrator for world-famous author Zane Grey. He studied with former Texas Ranger Richard Lorenz, a cowboy artist, and also with Robert Henri at the Art Students League in New York. In 1904 Johnson lived, worked, and sketched on a Colorado cattle ranch, learning to rope, brand, and ride the roundup. Later he traveled and painted extensively in the Indian country of the Southwest. Johnson became especially well-known for his luminous night scenes, often showing cowboys and pioneers on the Santa Fe Trail under moonlight and stars.

During the 1920s, Johnson’s California art studio was a gathering place for many successful painters, including Charles Russell, Norman Rockwell, Dean Cornwell, and Ed Borein. Collecting Johnson’s work became fashionable among many socialites and movie stars of the day. His work was shown at the prestigious Salmagundi Club and the National Academy in New York, and he won that institution’s coveted title of National Academician. Today the work of Frank Tenney Johnson is highly prized and found in many important collections, including the National Gallery of Art in Washington, D.C. 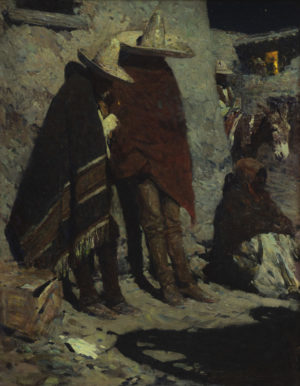 Beneath the Southern Moon 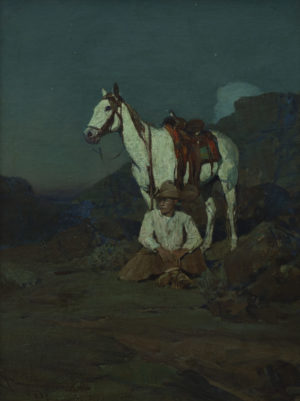 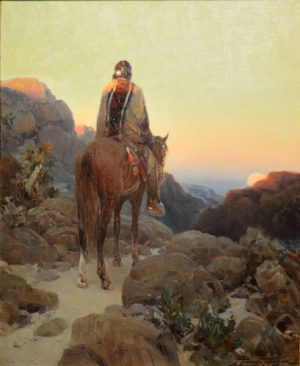