Emil Bisttram, an eminent figure in New Mexico’s art history, was born in Hungary in 1895. At age 11, Bisttram immigrated with his family to New York City, where his talent quickly became obvious. He studied at numerous acclaimed institutions in the area, including the National Academy of Design, Cooper Union, Parsons, and the Art Students League, and he began teaching soon after completing school.

Bisttram heeded the call of the American West in 1930, visiting Taos, New Mexico, where he became entranced by the landscape and put down permanent roots. In 1931, he received a Guggenheim fellowship to study mural painting and traveled to Mexico to work with renowned Mexican painter, Diego Rivera. After returning to Taos in 1932, he opened both a gallery and an art school, and his career as an artist was soon enhanced by his reputation as a teacher and philosopher. In 1938, Bisttram was instrumental in founding the Transcendental Painting Group in conjunction with Raymond Jonson, Agnes Pelton, and Florence Miller Pierce, among others.

We buy works by Emil Bisttram 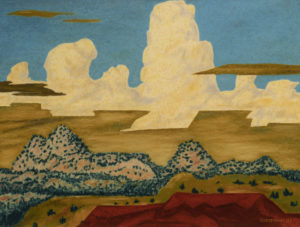 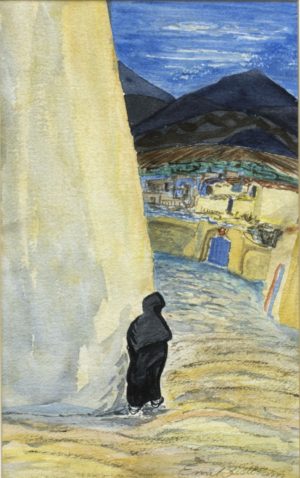