Recognized for his Southwestern-themed portraits and landscapes, artist Wood Woolsey was born and raised in Danville, Illinois. In 1921, he moved with his family to Indianapolis, where he studied at the John Herron Art Institute, now the Indianapolis Museum of Art. Woolsey worked for a time as a commercial artist in Indianapolis before following his family, including his two artistic brothers, Carl and Jean Woolsey, to Taos, New Mexico, in 1928.

In Taos, Woolsey formed friendships in the art community, gaining recognition for his paintings as he learned from more experienced artists. Woolsey painted in a realist manner, and his work displays an affinity for his subjects, particularly in his portraits of the Hispanic and Native American residents of the area.

Wood and Carl Woolsey employed their father as a business manager, and their brother Jean conveniently operated a frame shop in Taos. The work of both Woolseys was included in juried exhibitions in the Hoosier Salon and the National Academy of Design. In 1934, Woolsey returned to the East with his parents, living in both Indiana and Pennsylvania. He passed away in Texas, in 1970. 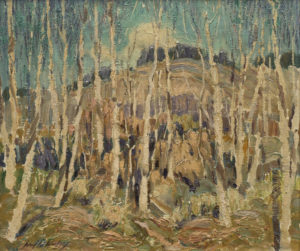 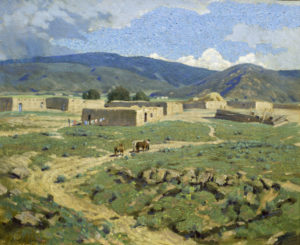