Western artist William Acheff was drawn to artistic pursuits from an early age, although his formal training only began when he studied with Italian artist Roberto Lupetti. After a European-style apprenticeship with Lupetti, Acheff moved to Taos, New Mexico, in 1973, where he found himself at home among a thriving Native American culture that resonated with his Alaskan Athabascan heritage.

The artist’s highly detailed paintings of Native American artifacts often include images of vintage photographs and paintings depicted in the trompe l’oeil style favored by the Dutch masters of the 17th century. 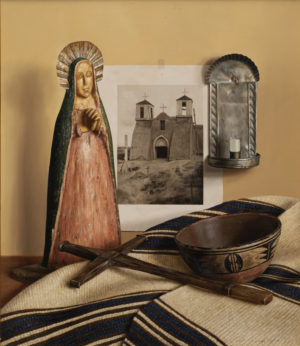