Willard Clark was trained in art schools in Argentina, New York, and Provincetown. In the 1930s he became an accomplished commercial printer, having created a typographic style that, along with his own woodcut illustrations, became closely identified with Santa Fe. He interrupted his printmaking career with work as a master tool and die machinist at Los Alamos National Laboratory, a job he held for over 30 years. Upon his retirement from the Laboratory in 1979, he bought a small proof press, and produced a body of prints that are now sought by collectors for their artistry and precision of technique. Shortly before his death in 1992, the Museum of Fine Arts in Santa Fe gave Willard Clark his first exhibition. 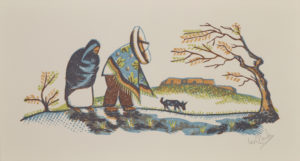 Man and Woman with Dog Walking 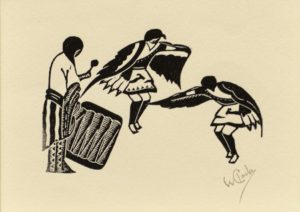 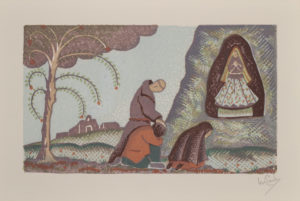 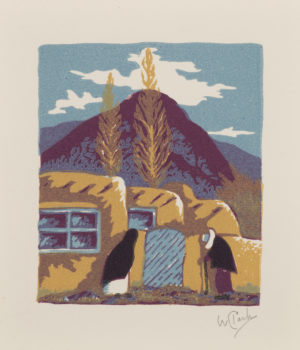 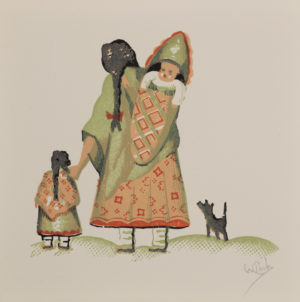 Woman with Papoose and Young Girl with Dog 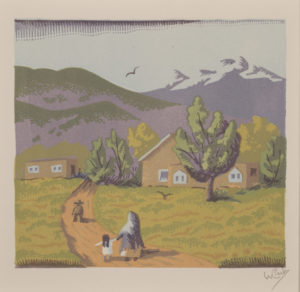 Path to the Adobes 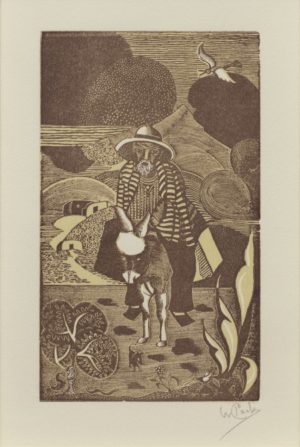 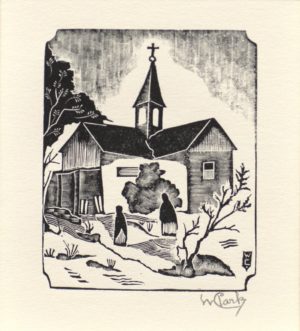 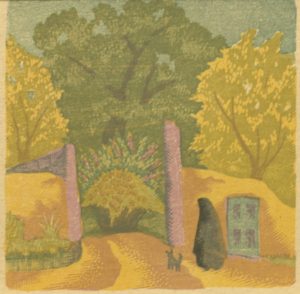 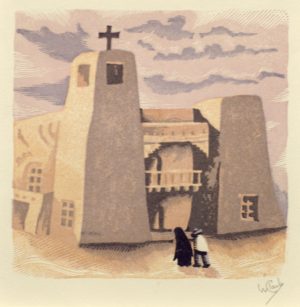 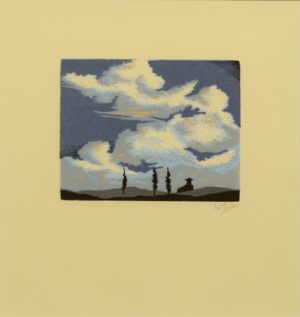 Church in the Clouds 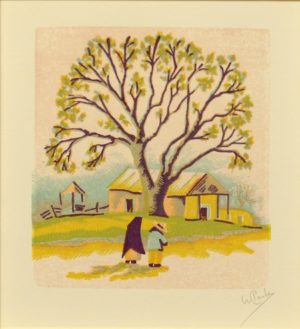