Walter Ufer, born in Huckeswagen, Germay, was the son of a German gunsmith and engraver. He trained in several different German art academies, including those in Hamburg, Dresden, and Munich, and he began his professional career in Chicago. Ultimately Ufer became one of the most successful and famous of the Taos Society of Artists.

Ufer moved to New Mexico soon after he made his first trip to Taos in 1914, at the age of 38. Although he had been a studio artist, the brilliant sunlight and vivid landscapes of the West soon converted him to plein air painting. He brightened the colors of his palette and became known for his light-filled paintings of the Pueblo Indians and the Taos Valley countryside. Ufer’s work garnered many awards between 1916 and 1925, but his success was heightened when he won a prize at the 1920 Carnegie International Exhibition. This award was generally given to European artists, and Ufer was also the first New Mexico artist to receive it. Today Ufer’s works can be found in many major collections, including the Phoenix Art Museum, the Anschutz Collection in Denver, and the Gilcrease Museum in Tulsa, Oklahoma.

We buy works by Walter Ufer 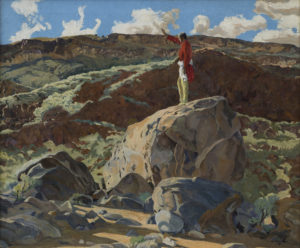 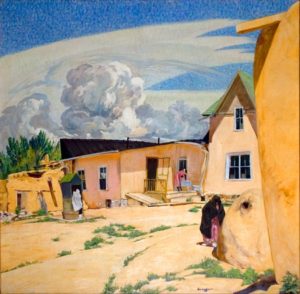 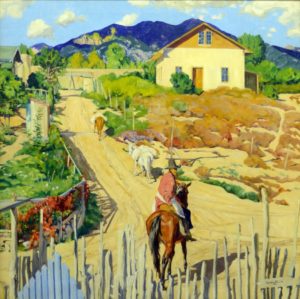 House on a Hill