From the early days of his youth, W. Herbert Dunton had a love of outdoor life and began illustrating for newspapers and magazines as a teen. He worked as a ranch hand in various western states which gave him the close understanding of cowboy life that helped lead to his reputation as one of the most sought-after illustrators of western life. He studied at Cowles Art School in Boston, Massachusetts, and briefly at the Art Students League as the pupil of Joseph de Camp and Ernest L. Blumenschein, around 1911.

With the encouragement of Blumenschein, in 1912 Dunton opened his summer studio in Taos. He was invited to join Blumenschein, Joseph H.Sharp, E. Irving Couse, Bert Geer Phillips, and Oscar E. Berninghaus in the formation of the Taos Society of Artists. He continued to work as an illustrator for magazines such as Harper’s and Scribner’s, but in 1914 he settled permanently in Taos. A picturesque character familiarly known as Buck, he was one of the most popular of the Taos painters. He wrote “Painters of Taos” for “American Magazine of Art” in 1922, emphasizing the advantages of light, color, and Native American life.

In addition to his illustrations, he painted and exhibited widely, keeping his paintings simple and nostalgic: “The west has passed — more’s the pity. In another twenty-five years, the old-time westerner will have gone too — gone with the buffalo and the antelope. I’m going to hand down to posterity a bit of the unadulterated real thing.” 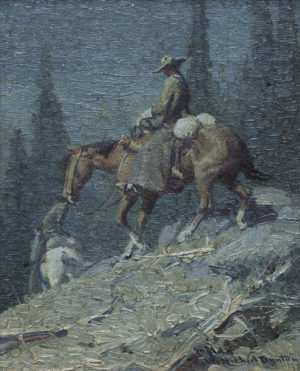 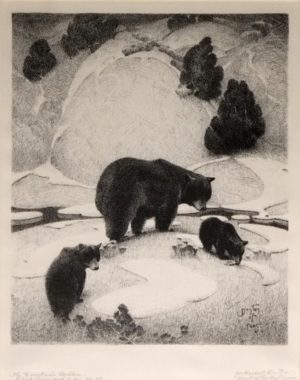 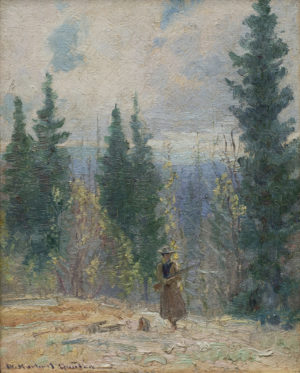