W.H.D. Koerner was one of the most sought-after illustrators of his day. When the Saturday Evening Post invited him to illustrate two stories with western themes in 1919, the assignment triggered a major turning point in his career. From that time forward, he decided to focus his work on subject matter of the American West, resulting in illustrations for more than two hundred western stories, and over five hundred paintings and drawings.

Wilhelm Heinrich Detlev Korner, better known as W.H.D. Koerner, was born in Prussia and, as a child with his parents, immigrated to Clinton, Iowa. Despite little art training, he was talented enough to secure jobs as a staff artist and art editor for two different Chicago newspapers. Eager to further improve his skills, he moved to New York to study at the Art Students League under George Bridgman, Norman Rockwell’s teacher. Later, Koerner studied illustration with Howard Pyle at his Brandywine School in Wilmington, Delaware. Pyle’s instruction proved to be of great influence on Koerner, in addition to his interaction at the school with a number of respected illustrators, such as N.C. Wyeth. In time, Koerner would become one of the best-known artists of the old West.

We buy works by W.H.D. Koerner 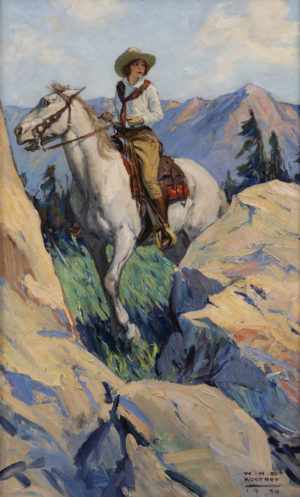 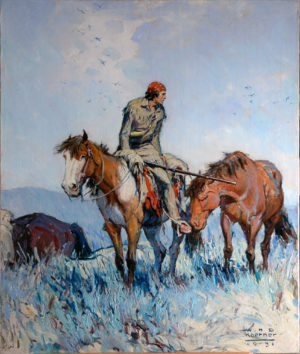 The Mountain Man with Long Rifle