Painter, printmaker, and icon of American art, Thomas Hart Benton first gained public attention for his monumental mural paintings of the early 1930s. These works were exhibited at the Metropolitan Museum of Art (1930-31), the Whitney Museum of American Art (1932), and the Chicago World’s Fair (1933). The next year, Benton’s self-portrait appeared on the cover of TIME magazine, a first for an artist to be selected for the cover.

Benton was born in Missouri, left high school at 17, and went to work as a cartoonist for the Joplin American newspaper. Later, he enrolled in formal art studies at the Art Institute of Chicago and the Académie Julian in Paris. When he returned to the U.S., he settled in New York, and taught at the Art Students League. During this period, Benton was working in a modernist direction. But he moved back to Missouri and decided to commit his artwork to portrayals of the American heartland, leading him to become known as the foremost proponent of American regionalism. Benton’s works are held in numerous museum collections across the U.S., including Chicago’s Art Institute, New York’s Metropolitan, and the National Gallery of Art in Washington, D.C. 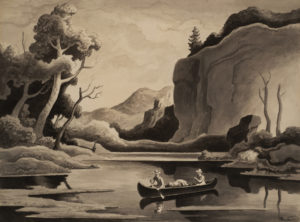 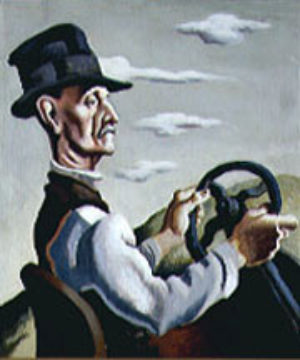 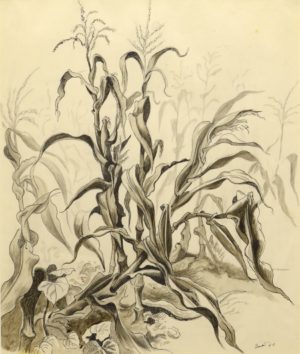