Born in St. Paul, Minnesota, Theodore Van Soelen had already become a well-educated and successful artist when he moved to New Mexico in 1916. He was especially famous for his expressive portraits, his stirring renditions of cowboy life, and his dramatic Western landscapes. He worked in oils and, after 1948, became a highly skilled lithographer. In 1922, Van Soelen became a member of the Santa Fe Art Colony, which was just then entering its heyday. Like many of his artist friends, during the Depression Van Soelen painted murals in New Mexican public buildings for the Works Progress Administration. 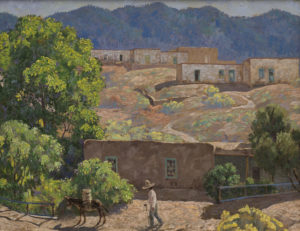 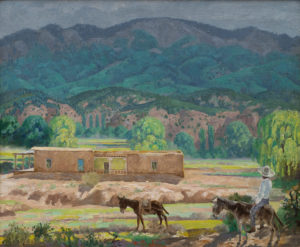 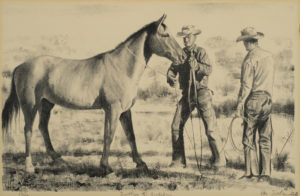 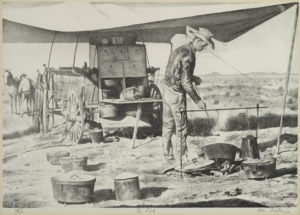 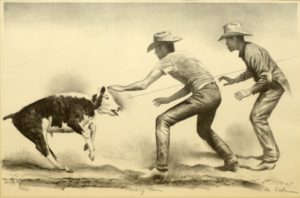