Ted Rose was nationally recognized for his finely rendered paintings of trains and locomotives, images that highlight both the geographic and human dimensions of the railroad. During the 1990s, he was invited to create five paintings for the U.S. Postal Service’s “All Aboard” stamp series (1999) as well as illustrations for three Amtrak calendars (1997, 1998, and 1999).

Ted Rose’s love of trains was lifelong. Born in Milwaukee, Wisconsin, while in high school and college he spent summers working in the art department of Milwaukee-based Trains magazine. As a young man he also explored the U.S., Canada, Mexico and Guatemala by rail, producing a collection of photographs that would become important to his painting career. After completing a BFA at the University of Illinois in 1962, he spent a year in Vietnam, then settled in Santa Fe, New Mexico, where he worked as a graphic designer until he became a full-time artist. 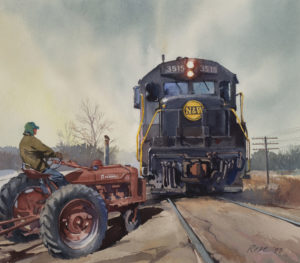 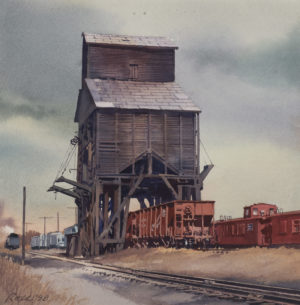 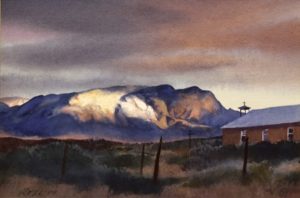 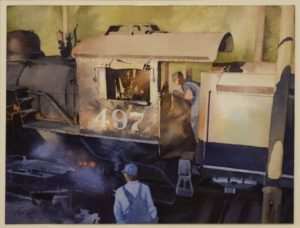 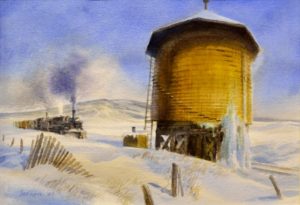 Tank at No Agua 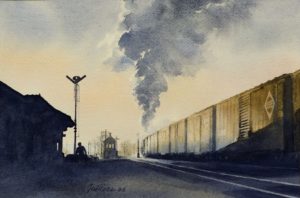 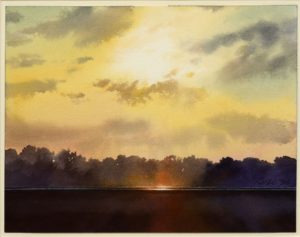