American ceramic artist, scholar, and museum professional Rick Dillingham was born in Illinois in 1952. In 1971, he moved to Albuquerque, NM, to pursue studies at the University of New Mexico, from which he received his Bachelor of Fine Arts degree. While a student, he worked at the UNM Maxwell Museum of Anthropology where he delved into the study of Native American pottery designs and traditions. Dillingham curated and wrote the catalogue for the Museum exhibition, Seven Families in Pueblo Pottery. He advanced his artistic career in California, receiving a Master of Fine Arts from Claremont College, where he studied with renowned ceramist Paul Soldner.

Dillingham’s New Mexico experience in studying and repairing Native American pots influenced his own artistic oeuvre, and he developed a process of hand-building and firing a vessel, deliberately breaking it into shards, randomly painting the shard, and then re-firing and reassembling the individual pieces to create an entirely new vessel. This sophisticated technique was both a nod to the past and an innovative new method of pottery construction.

Dillingham served as a guest curator for many exhibitions, lectured widely on Native American pottery, and exhibited his own work throughout the U.S. Dillingham’s work is included in many prestigious private and public collections, including the Los Angeles Museum of Art, the Mint Museum of Craft and Design, in Charlotte, North Carolina, the Victoria and Albert Museum in London, and the Smithsonian Museum of American Art.

We buy works by Rick Dillingham 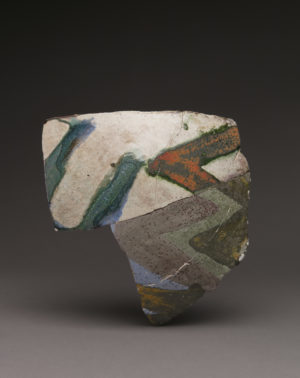 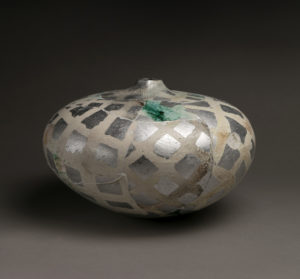 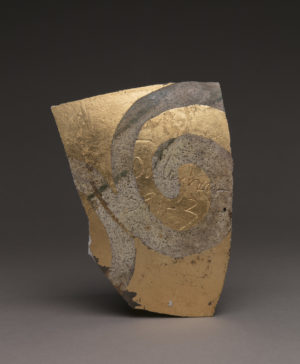