Richard Crisler was born in Dallas, Texas, in 1908. An artist of significant talent, ambition, and little formal training, Crisler found his way to Taos, New Mexico, while still in his teens. For the young aspiring artist, members of the Taos Society of Artists were his teachers, his critics, and his inspiration. In 1930, The Dallas Morning News reported on the artist, providing some information about his precocious start: “Only 13 or 14 when he left Dallas, he wandered to Taos three years later to paint… now just a little over 21, recognized as one of the colony.”

Throughout the 1920s Crisler exhibited in Dallas and Houston in solo shows and in exhibitions with members of the Taos Society of Artists. Crisler also went to Chicago and was enrolled briefly in the school of the Art Institute. He exhibited frequently in Chicago, including three successive years at the Art Institute (1931 to 1933, winning a prize in 1932), in the Century of Progress Exposition, in 1933, and in city art galleries. The Chicago Daily Tribune reported on a one-man show at the Palmolive Gallery in 1931. The writer, Eleanor Jewett, hailed the artist for his originality and noted his modernism, and his “ability to paint clearly and delicately, with a sensitive perception of texture.” Taos artist Victor Higgins wrote the introduction for the exhibition catalog. 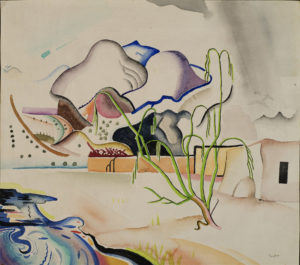 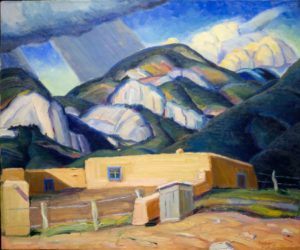