Following studies in the architecture program at Cornell University from 1905 to 1907, Davey left for New York City to attend the New York School of Art. There, he studied with Robert Henri. He and Henri became good friends and, in 1910, the two traveled together throughout Europe.

In 1913, Davey was one of the exhibitors at the landmark Armory Show exhibition, where modern art was introduced on a large scale to the American public. In 1915, Davey was awarded the National Academy of Design’s Hallgarten Prize, and won honorable mention at the Panama-Pacific Exposition in San Francisco. 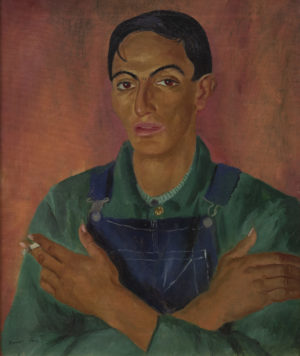