Peter Hurd was born in Roswell, New Mexico, a region that he loved and to which he returned to work as an artist. As a young man he spent time at West Point Military Academy, although he was already creating artwork at that time, some of which he was able to sell. After a few years, Hurd enrolled at the Pennsylvania Academy of Fine Arts and also studied with N.C. Wyeth, the highly-regarded illustrator. In 1929, Hurd married Wyeth’s daughter, Henriette. After their marriage, they moved to New Mexico where both worked as artists. Hurd began to specialize in the medium of egg tempera which he applied to gesso-prepared panels for portraits and landscape scenes. He also became a highly skilled lithographer and was active as a mural painter, particularly on projects during the 1930s.

Hurd’s reputation as an artist grew and, in 1958, he was appointed to the President’s Commission of Fine Arts. He was then commissioned for a portrait of President Lyndon Johnson. However, the finished portrait was rejected by the president and the painting now hangs in the National Portrait Gallery. 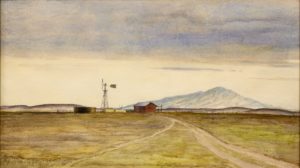 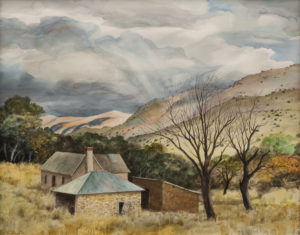