Patrocinio Barela is a renowned Santero (an artisan who creates Spanish-style religious art). He carved wooden sculptures, made primarily from cedar and pine, which are said to “depict deep psychological and mystical insights into the human condition.” A native of Bisbee, Arizona, Barela was born in 1908. After dropping out of school he worked several odd jobs, including sheepherding and coal mining, and ended up in Taos. He had no formal art education, but he had an innate talent for woodcarving. Barela is quoted as saying, “I started to carve though I can’t write my whole first name.”

Barela is known for figures and scenes of family life, inspired both by stories from the Bible and some of his own creation. Instead of beginning a sculpture with a pre-conceived idea, Barela said that the content was determined by the piece of wood. Additionally, he claimed that the subjects of his work already existed and that it was his job to carve away and discover them. Although galleries and art dealers recognized his talent and wished to represent him, he preferred to independently sell his work.

In 1936, New York City’s Museum of Modern Art featured Barela’s work in the Federal Art Project. He was the first Mexican-American artist to receive such a prestigious honor. In 1964, Barela tragically died in a studio fire. Today he is an inspiration for wood carvers, including his grandson, Luis Barela. 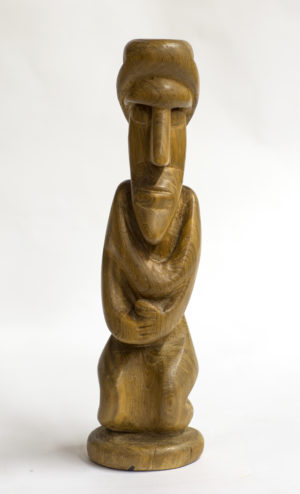 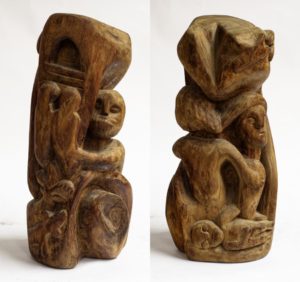 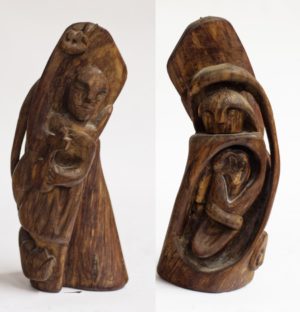