Norma Bassett Hall was a highly regarded painter in watercolor and oil, yet is probably best known today as a printmaker and founding member of the Prairie Print Makers.

Born in Halsey, Oregon, she attended the Portland Art Association School, followed by the Art Institute of Chicago, graduating in 1918. While in Chicago, she met artist Arthur William Hall and the two were married in 1922. Around this time, she became interested in pursuing printmaking, particularly the color woodblock technique, popular during the Arts and Crafts Movement of the time. After a two-year sojourn in Europe in the mid-1920s, the Halls returned to the U.S. and settled in El Dorado, Kansas, an area where they already had artist friends. In 1930, this group founded the Prairie Print Makers, which included Birger Sandzen and Charles Capps. The Halls eventually moved to Santa Fe, known for its thriving art colony, and later opened an art school in Alcalde, north of Santa Fe. Bassett Hall’s works are held in the collections of the Smithsonian American Art Museum, Taos’s Harwood Museum of Art, and the Wichita Art Museum. 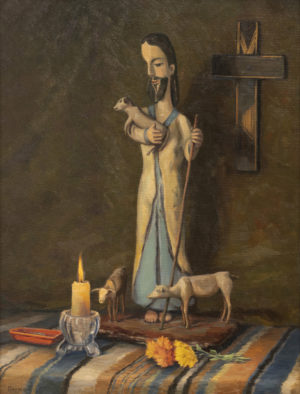 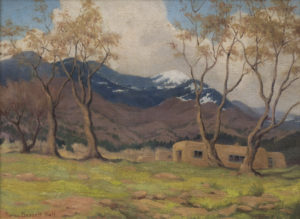