The Navajo called Laura Adams Armer “the woman who wears the turquoise” and “hard-working woman.” She was the first white woman to have a sand painting prepared in her honor, and the first permitted to film the sacred Mountain Chant ceremony (1928) for distribution as a feature-length movie.

Laura May (Adams) Armer was born in Sacramento, California, in 1874, the youngest of three children. By sixteen, Armer had shown a penchant for sketching and painting, and she entered the San Francisco School of Art. Following her graduation six years later, Armer established a photography studio in San Francisco. There she catered to members of California high society. Armer also exhibited successfully in photographic salons well into the 1920s. In the spring of 1902, she and her sister visited the Southwest for the first time. “There at Tucson and in the Catalina Mountains I was first inoculated with the desert delirium,” she explained.

Following her marriage, Armer abandoned her San Francisco studio and moved her darkroom to her home in Berkeley. Here, she continued her art photography and, in 1904, won four awards in the Kodak Competition. In 1923, Armer returned to the Southwest. February 1924 found her “armed with paint, brushes, canvas, and cameras” as she prepared to capture the scenes at Sunset Post and Oraibi. She also met Lorenzo Hubbell, of the Hubbell Trading Post, who was to exert a profound influence on her life for the next fifteen years (he became her mentor, arranged her trips into Navajo areas, and helped fund her 1928 film, “The Mountain Chant”). In hopes of meeting local Native Americans, she agreed to teach an art class in the nearby government school. She had forty Hopi boys and girls in her first group.

After 1936, Armer no longer visited the Southwest as part of her work. Her remaining years were spent writing – including work on a 50,000-word manuscript about sand painting – and reminiscing about the Southwest and art generally. Despite a childhood marked by poor health, Armer lived a long and full life, passing away in 1963 at 89 years old. 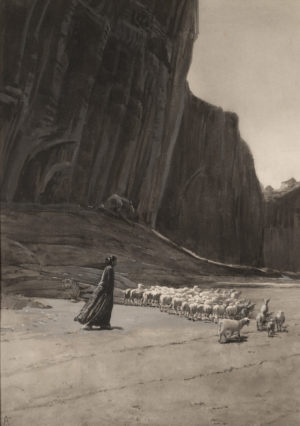 Mother Took Out the Sheep 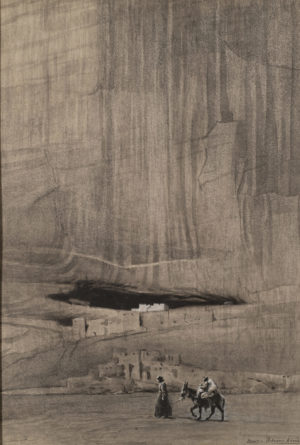