In 1833, at the age of 24, Swiss-born artist Karl Bodmer began a 2,500-mile round trip journey along the wild and untamed Missouri River with the German anthropologist Prince Maximilian. It was an extraordinary year for the members of this small expedition who immersed themselves in sketching, painting and writing about the daily life and ceremonies of the many diverse Plains Indian tribes living along the river. Upon their return to Europe, the team spent the next few years turning Bodmer’s exquisite watercolors and Maximilian’s monumental narrative into a portfolio of prints and text to be translated into German, French and English. The portfolios were published in two versions, one a beautiful hand-colored set and a second in black and white.

Today, the unprecedented work of Maximilian and Bodmer has become the most important early documentation of such tribes as the Mandan, Cree, Sioux, Blackfoot, Minnetaree (Hidatsa), Assiniboin and Gros Ventres. Karl Bodmer’s original watercolors are now in the permanent collection of the Joslyn Art Museum in Omaha, Nebraska.

We buy works by Karl Bodmer 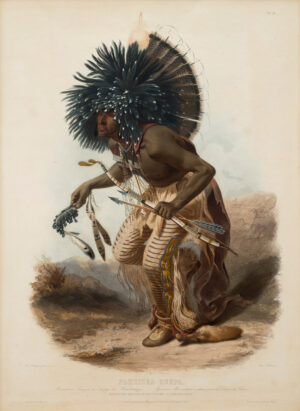 Pehriska-Ruhpa – Moennitarri Warrior in the Costume of the Dog Danse 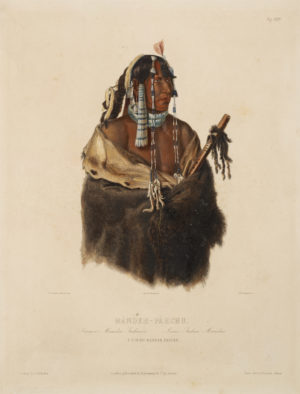 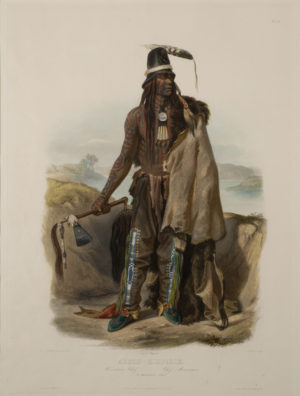 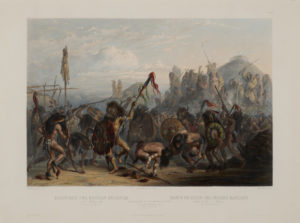 Bison-Dance of the Mandan Indians 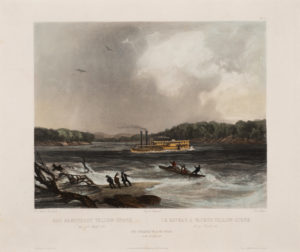 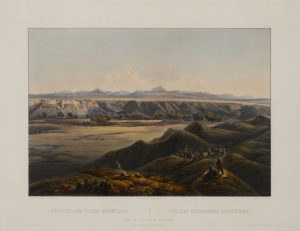 View of the Rocky Mountains 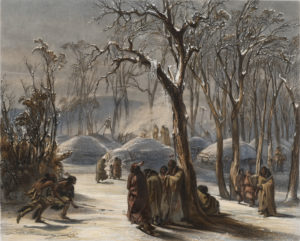 Winter Village of the Minatarres 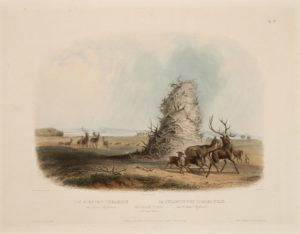 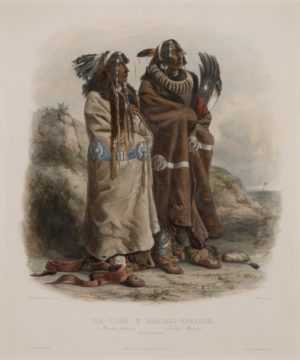 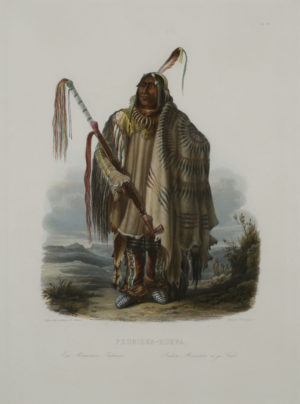 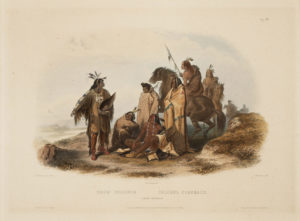 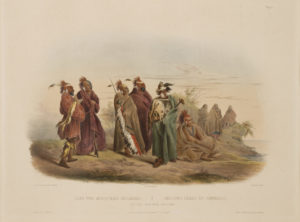 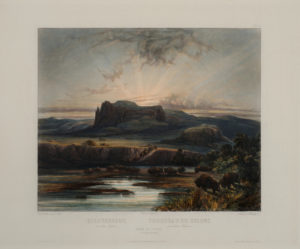 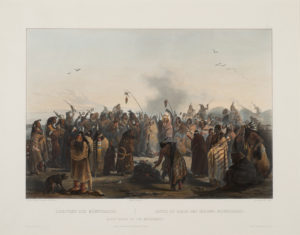 Scalp Dance of the Minatarres