Born in Detroit, Michigan, Julius Rolshoven moved to New York City at the age of 18 to study at the Cooper Union Art Institute. Like many artists of the day, he traveled abroad to continue his studies, spending time at the Academie in Dusseldorf, Germany, before traveling to Munich with the intention of studying at the Royal Academy. Instead of enrolling at the Academy, however, he joined an artists’ colony headed by Frank Duveneck, a well-known American expatriate who specialized in portraits and figurative paintings. In 1887, Rolshoven moved to Paris where he studied at the Academie Julien. There he met fellow artist E. Irving Couse, one of the founders of the Taos Society of Artists.

Known for his portraiture, figure paintings, and landscapes,Rolshoven returned to the United States after the First World War. Spending his honeymoon in New Mexico led him to settle in Santa Fe in 1916. In 1917, he was invited to be an associate member of the Taos Society of Artists, ultimately becoming an active member in 1918. Rolshoven divided his time between Santa Fe and Florence, Italy, where his home was the former residence of Lisa Gherardini, the model for Leonardo Da Vinci’s most famous work of art, the Mona Lisa.

We buy works by Julius Rolshoven 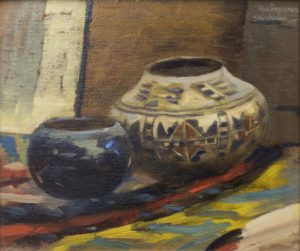 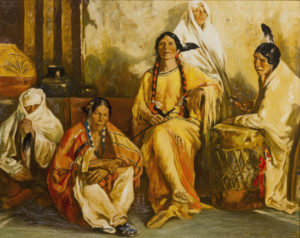 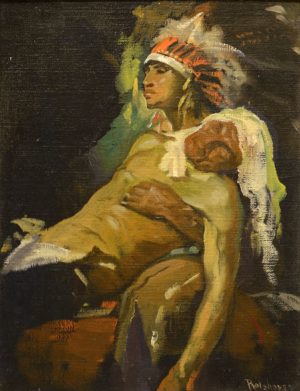