Joseph Henry Sharp is generally regarded as the founder of the celebrated Taos Society of Artists. Born in southern Ohio, at the age of 14 Sharp began art studies at the Cincinnati Art Academy. In 1882, he went to Europe to study at the Antwerp Academy of Art. He made his first trip to the American West in 1883, beginning his life-long pursuit of painting and recording western Native American cultures. To further his formal art training, Sharp returned to Europe in 1886, enrolling in art classes in Munich and later in Paris. He also traveled to the art centers of Europe to study first hand the great works of Spain, Italy, and Germany.

When he returned to Cincinnati, Sharp began a career as an illustrator and teacher at the Cincinnati Art Academy. He visited Taos for the first time in 1893, on assignment from “Harper’s Weekly.” Summers were spent in Montana at Crow Agency in a cabin and studio at the foot of the Custer Battlefield. In 1902, after a single patron purchased 80 of his paintings, Sharp was finally able to devote himself to painting full time.

In 1912, Sharp became a permanent resident of Taos, New Mexico, where he purchased an old chapel for his studio. The Taos Society of Artists were successful in organizing exhibitions around the country, and their work became well recognized. Later Sharp bought a home in Pasadena, California, where he would spend winters. He also traveled extensively and sometimes wintered in Hawaii. Sharp died in Pasadena in 1953. The largest collection of his paintings today is held by the Gilcrease Museum in Tulsa, Oklahoma 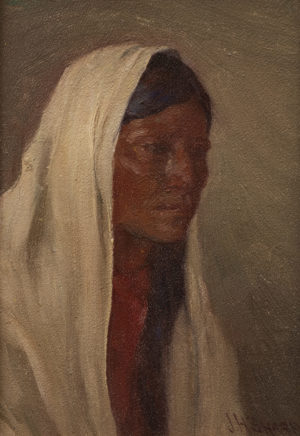 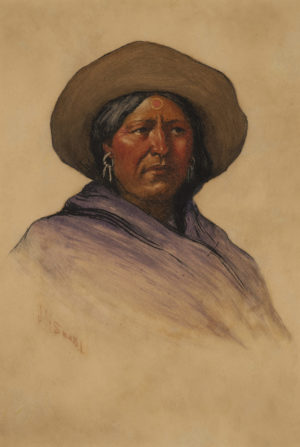 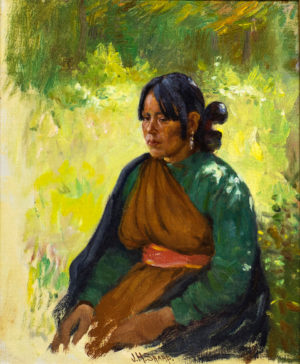 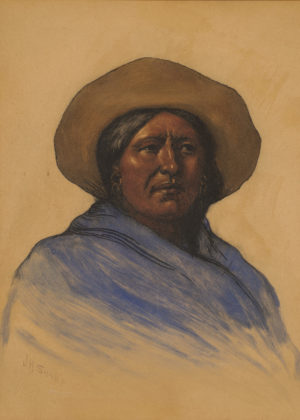