Accomplished in painting and lithography, James Asher approached his work with boldness and attention to detail. A Central Missouri University graduate, he also earned a BFA from the Los Angeles Art Center College of Design.

Although Asher pursued an arts career in advertising, he soon returned to his passion for painting.  Moving to Arizona, he saturated himself with cowboy lore and Native American culture, traveling to paint the Hopi, Zuni, and New Mexico’s Pueblo residents. He broadened his subject matter by traveling and painting on location around the world.

His work has been exhibited in the Gilcrease Museum, the National Museum of Taiwan, the Albuquerque Museum, the Montgomery Museum of Fine Art, the New Mexico Museum of Art, the Denver Historical Society, and the Royal Watercolor Society of London. Asher was a master artist, co-producer and writer for the PBS series, “Passport & Palette.” He was profiled in American Artist, Southwest Art, and Western Art Digest, and authored articles for Artist’s Magazine and Watercolor Magic. Asher was featured with Joe Anna Arnett in Plein Air Magazine’s April 2018 article, “Oil and Water, A Love Story.” 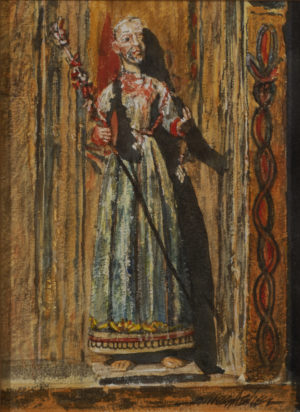 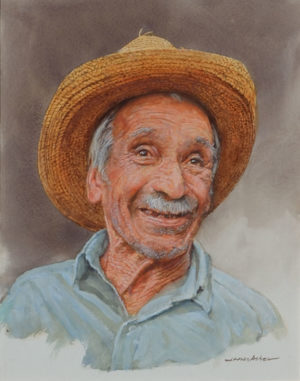 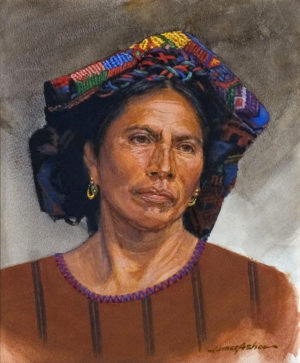