A native of Texas, Harold Joe Waldrum moved to New Mexico in his late 30s and, with the exception of a sojourn to New York in the late 1970s, lived and worked there for the rest of his life. Waldrum began painting in the late 1950s and was initially influenced by Abstract Expressionism. However, in 1971 he moved to Tesuque, New Mexico, where he began to explore new artistic territory.

The “window” series was the first of a new body of work for which Waldrum is best known today. Based on images of wood-framed windows set in adobe walls, these pictures are a series of value and color studies. In 1980, the artist began painting his acclaimed images of New Mexico churches and penitente moradas, which have become his signature work. Later, in 1983, he began producing aquatints and linocuts of the same classic subject matter. In 1996, Waldrum relocated to Truth or Consequences, New Mexico, where he lived until his death in 2003. 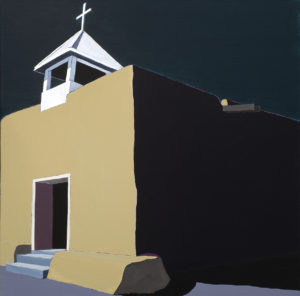 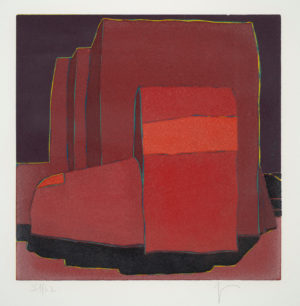 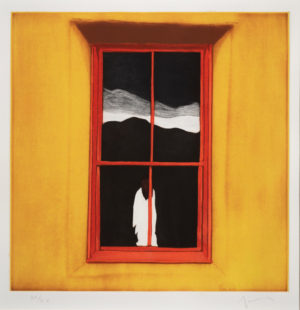 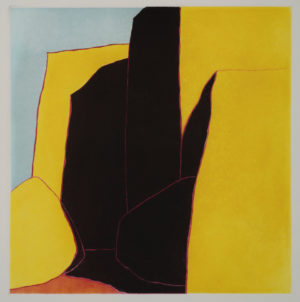 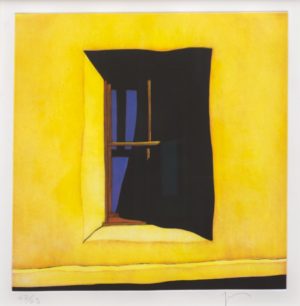 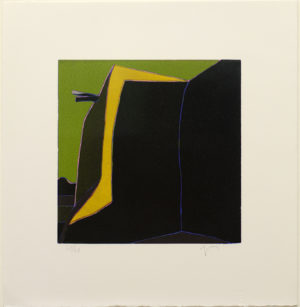