Born in Stockholm, Sweden, Gunnar Widforss came to specialize in watercolor landscape scenes of U.S. National Parks. Throughout the 1920s and 30s, Widforss produced images of several different parks in the West. His first love remained the Grand Canyon, however, where he built a studio on the rim. Today his paintings are considered among the best in that genre.

Widforss received his artistic training at the Royal Technical Institute of Sweden. By the time he was thirty, he had become a prolific artist and was well known in European circles. In 1924, the National Gallery in Washington, D.C. presented a one-man show of his work in Yellowstone, Zion, Bryce, Yosemite, and the Grand Canyon. The exhibition won critical acclaim for the artist, who was called “the greatest watercolorist in America.” During the last decade of his life, Widforss lived year-round at the Grand Canyon, painting constantly at an easel perched precariously at the Canyon’s edge. He depicted his adopted home with technical bravura and a deep passion for the raw beauty of its awesome wilderness.

We buy works by Gunnar Widforss 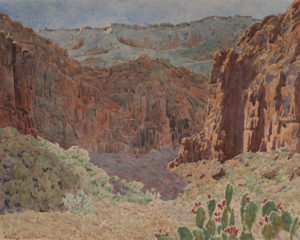 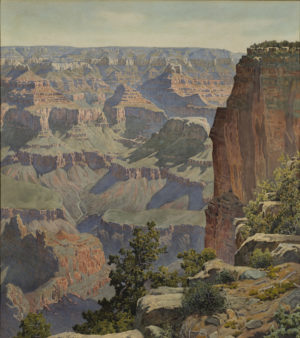