Gina Knee moved to Santa Fe in the early 1930s and quickly established herself within the city’s artist community. Inspired by John Marin’s New Mexico work in 1929 and 1930, she was likewise drawn to watercolor as the best medium to serve her modernist vision. Knee’s early works generally feature representational imagery, but this changed over time. She explained: “After a few years of exploring what I saw objectively, I started painting more abstractly, trying to express in the forms their spirit, or sound, or smell . . .” Knee soon began exhibiting at the Museum of New Mexico. By the late 1930s, she had a solo exhibit at the Denver Art Museum and was included in prestigious museum exhibits around the country. 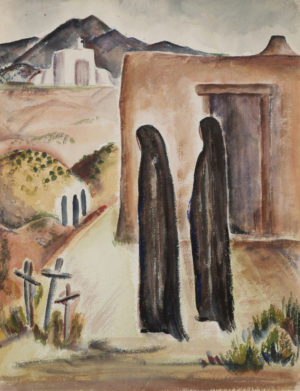 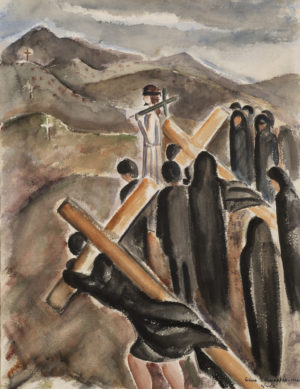