Son of a builder, Gerald Cassidy grew up in Cincinnati. He was the pupil of Frank Duveneck at the Institute of Mechanical Arts from a young age. By the time he was 20, he was art director for a New York City lithography studio. Stricken by pneumonia in 1899, he entered a sanitarium in Albuquerque where he created his first paintings in the Southwest. When he recovered sufficiently, he moved to Denver and began work as a commercial artist and lithographer. After returning briefly to New York City, he studied at the National Academy of Design and the Art Students League. He married Ina Sizer Davis and in 1912 the two settled in Santa Fe, following Carlos Vierra (1904) and Kenneth Chapman (1909). He was also active in Los Angeles, California from 1913-1921.

Cassidy achieved recognition by 1915 with his mural “The Cliff Dwellers of the Southwest,” displayed at the Panama-California Exposition, in San Diego. During the 1920s his small, on-the-spot landscapes were highly prized. He traveled abroad in 1926, visiting Europe and North Africa. While in France, he utilized many sketches of Navajo subjects to paint “Navajo Romance,” ultimately purchased by the French Government. Cassidy died of carbon monoxide and turpentine poisoning while working on a mural for the Santa Fe Federal Court House.

We buy works by Gerald Cassidy 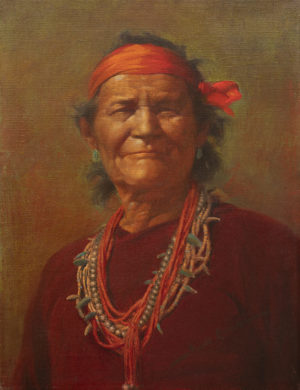 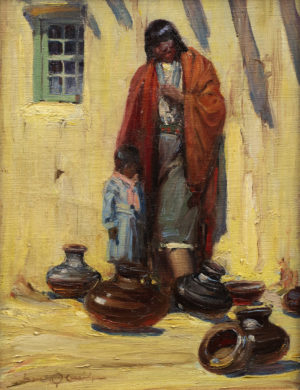 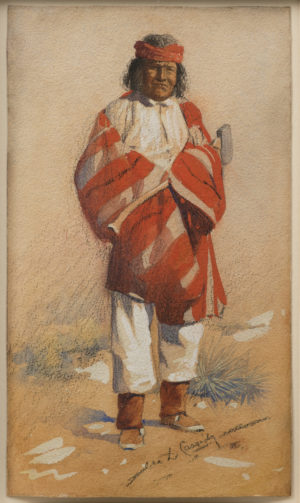 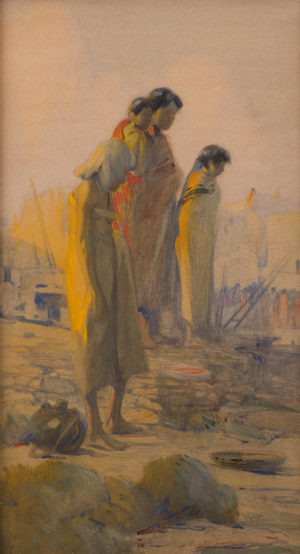