A renowned recorder of Native America, artist George Catlin was born in Pennsylvania and spent much of his youth hunting, fishing, and searching for American Indian artifacts. He became fascinated with indigenous peoples after absorbing his mother’s tales of Native America and the American West, based on her childhood capture by a tribe.

While he began his career as a lawyer, Catlin soon turned his interest to art, ultimately creating two major collections of paintings of American Indians and publishing a series of books chronicling his travels. Inspired by relics culled from the Lewis and Clark Expedition by fellow artist Charles Willson Peale, Catlin followed in the footsteps of Lewis and Clark and began traveling up the Missouri River in 1930. He eventually visited fifty tribes. In 1838, he traveled further up the Missouri to the North Dakota-Montana border, spending time among eighteen remote tribes relatively untouched by European culture. In conjunction with later travels along the Arkansas, Red, and Mississippi Rivers, Catlin created an impressive body of work.

On returning East, Catlin assembled his 500-plus paintings and artifacts into what he called his Indian Gallery, giving public lectures on his sojourn among native peoples. He toured the collection widely, but failed to gain financial traction and unsuccessfully petitioned the U.S. Congress to purchase his work. Today, a nearly complete set of his first Indian Gallery, painted in the 1830s, is in the collection of the Smithsonian American Art Museum.

Catlin also published numerous books on his travels in Native America, several of which included richly detailed engravings; taken as a whole, his record of America’s past is invaluable.

We buy works by George Catlin 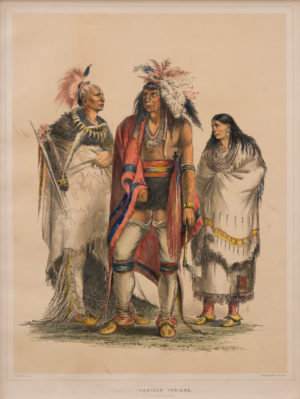 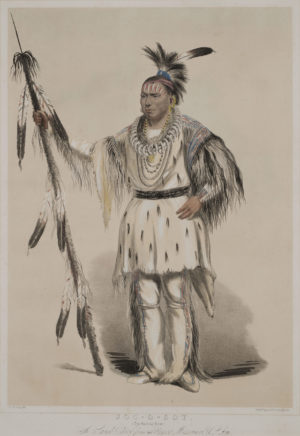 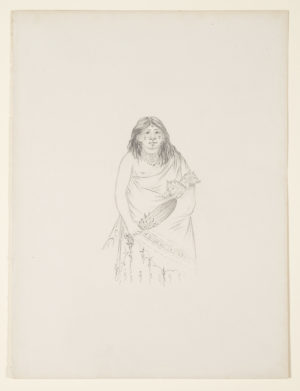 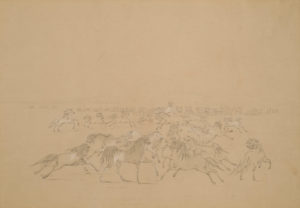 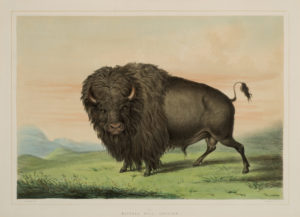 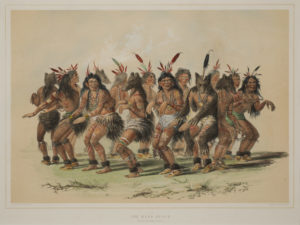 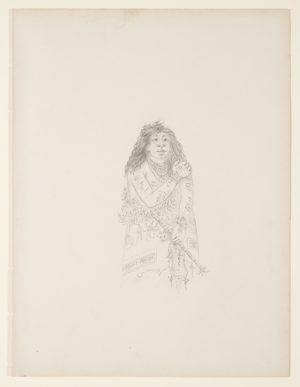