“True Impressionism is not a way of painting, not a method, but a point of view,” Fremont Ellis once said, summing up his own intensely personal approach to the canvas. Ellis expressed a deeply intuitive perception of nature and each of his paintings carries its own mood.

Born in Virginia City, Montana, Ellis settled permanently in Santa Fe, in 1919. Essentially self-taught, he joined Santa Fe’s famous early artist group, Los Cincos Pintores. For close to 70 years, Ellis found his greatest inspiration in the beauty of the New Mexico landscape. His palette and brush technique evolved over time, beginning with a flat, uniform style in the 1920s and culminating with rich layers of pigment applied with short, bold strokes later in his career. Ellis died in Santa Fe in 1985. His paintings continue to influence New Mexico’s artists of today and are found in numerous private and public collections.

We buy works by Fremont Ellis 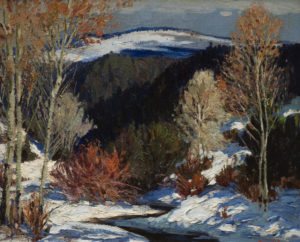 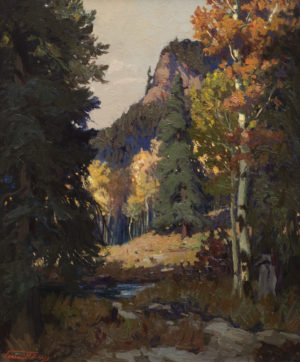 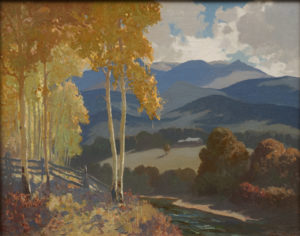 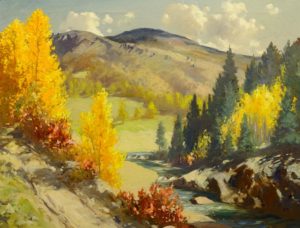 Autumn in the Mountains 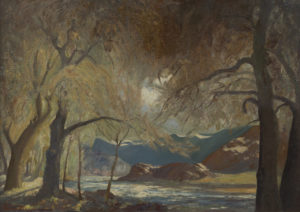