Frederic Remington was born in Canton, New York, where his father was a newspaper publisher. As a boy he sketched the horses, Indians, cowboys, and soldiers he dreamed about. When he was seventeen, he was one of the first two students to enter the Yale University Art School. In 1880 Remington’s father died, and the ensuing inheritance prompted him to leave school. He worked briefly at several office jobs, but could not settle down. Growing restless, he headed west with his easel, paint, and brushes to find his “Pot of Gold.” Remington spent time working as a cowboy and sheep rancher, prospecting for gold, and fighting as a soldier against the Sioux. He studied and sketched the land around him with almost photographic eyes. Remington’s subjects were of prime importance, and his heroes were the everyday people of the frontier. He insisted on realism in every detail. He took a serious interest in art, entering the Art Students League to improve his technique.

Success did not come quickly, but by the early 1890s Remington’s paintings began to win prizes and he was in great demand as a magazine and book illustrator. In 1895, his first sculpture, “Bronco Buster,” won instant acclaim. After achieving both wealth and fame, Remington moved to a Connecticut farm, where he established a library and art gallery, surrounding himself with his western artifacts and memorabilia. He died suddenly from an attack of appendicitis in Ridgefield, Connecticut, at the age of forty-eight. 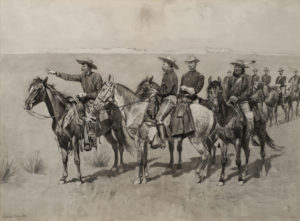 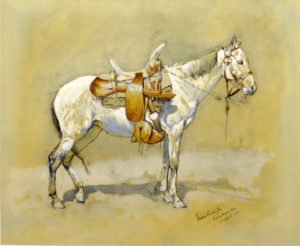 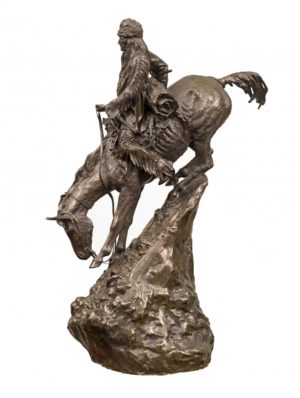