Frank Sauerwein was the son of noted painter Charles D. Sauerwein. Raised in Philadelphia, the younger Sauerwein studied with his father at the Pennsylvania Academy of Fine Arts and the Philadelphia School of Industrial Art. After his art training he moved to Denver, where he was active until the turn of the century. Around 1902, Sauerwein moved to Los Angeles where he painted several mission scenes. After becoming ill with tuberculosis, he moved to Taos, New Mexico, in 1906. The last few months of his short life were spent in Stamford, Connecticut, where he had gone for a cure. He died on June 14, 1910. Many of his paintings were signed Sauerwen (without the “i”). The majority of his work comprises Western landscapes and the culture of the Pueblo Native Americans.

We buy works by Frank Sauerwein 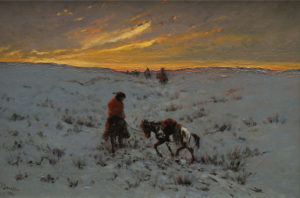 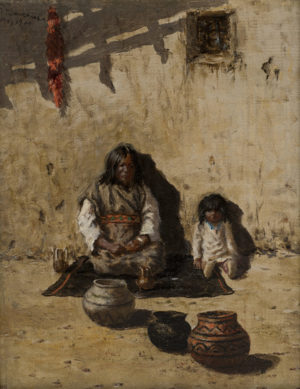 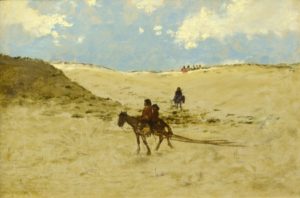