At the age of 14, Edgar Payne ran away from his home in Missouri in order to pursue a career as an artist, something his father forbade. He began his career as a house and sign painter. In 1911, a sketching trip west took him to Laguna Beach, California, where he settled in 1917. Later sketching trips were taken into the Sierras, a place he came to understand so intimately that a lake in that region was named for him. Payne married Elsie Palmer, a fellow Chicago artist, in 1912. In the 1920s, Payne traveled and worked in Europe, winning an honorable mention in the 1923 Paris Salon. When he returned to California, he wrote a successful book on landscape painting and made a movie about the Sierras. Also fond of the American Southwest, Payne painted the canyon and mesa country of Arizona and New Mexico. A well-known member of the California “Eucalyptus School of Painters,” Payne’s work won awards from the National Academy of Design and the Chicago Art Institute.

We buy works by Edgar Payne 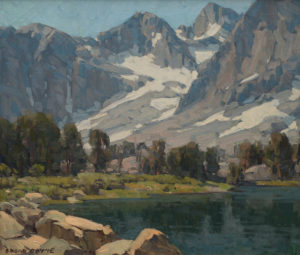 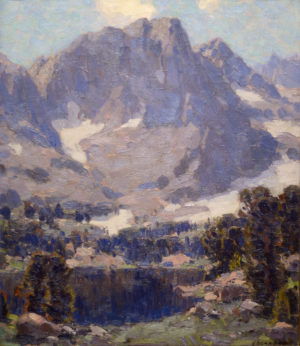