Eanger Irving (E.I.) Couse was the “painter of Indians by firelight.” Born in Saginaw, Michigan, Couse knew from childhood that he wanted to be an artist. He began his formal training at the Art Institute of Chicago, continued at the National Academy of Design in New York, and by 1886 he was in Paris where he studied at the Academie Julian.

Couse had heard about Taos, New Mexico, from his friend and colleague in Paris, Joseph Henry Sharp. With the encouragement of Sharp, Couse made his first trip to Taos in 1901, a visit that would inaugurate lasting relationships for the artist in the American Southwest, particularly with the artists who would form the Taos Society of Artists, in 1915. E. I. Couse was one of the Taos Society of Artists founding six and served as the Society’s first president. He was a great artist and astute businessman, achieving fame and financial success. Millions of people across America recognized his art through his work for the Santa Fe Railway Company and especially as it appeared in their annual calendar. 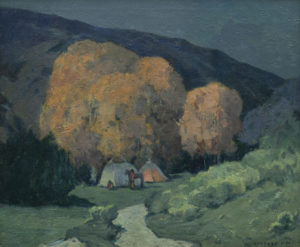 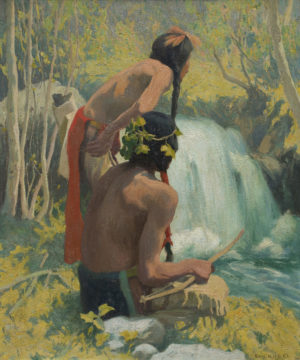 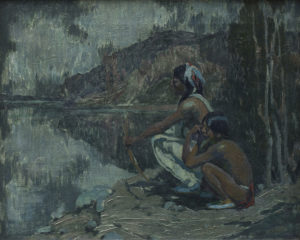