E. Martin Hennings first traveled to Taos in 1917, on a commission from a group of Chicago art patrons, headed by the former mayor Carter H. Harrison. In New Mexico, Hennings found that the dramatic landscape and the intense sunlight, mixed with the region’s unique cultural environment, offered both a challenge and an inspiration. Hennings decided to make Taos his permanent home in 1921. By 1924, he was elected a member of the Taos Society of Artists, following in the footsteps of his friends, fellow Chicago artists Walter Ufer and Victor Higgins.

Hennings was trained at the Art Institute of Chicago and at the Royal Academy of Art in Munich, after which he returned to Chicago to begin his career. Though he considered figure painting his superior strength, once he moved to Taos, he quipped that New Mexico had made a landscape painter of him. During his career Hennings’ work won significant acclaim, including eight exhibition prizes during the 1920s. Major museum collections in which his paintings are held include Houston’s Museum of Fine Arts, the Pennsylvania Academy of the Fine Arts, and Tulsa’s Gilcrease Museum. 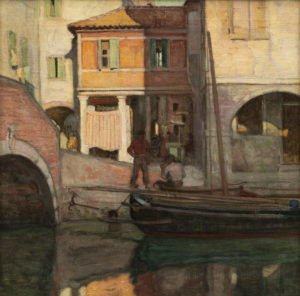 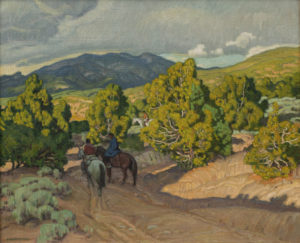 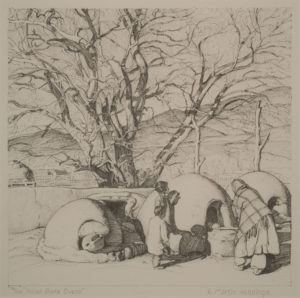 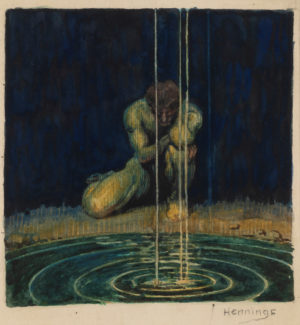