As the daughter of a noble family in the court of Queen Victoria, Dorothy Brett enjoyed a privileged upbringing in London, England. She studied there, at the Slade School of Art at University College, for four years. As an aristocrat, she had the opportunity to paint portraits of several English celebrities. Counted among her friends were Katherine Mansfield, Virginia Woolf, George Bernard Shaw, and D.H. and Frieda Lawrence.

When Mabel Dodge Luhan extended an invitation to the Lawrences to visit Taos in 1924, Brett accompanied them. When the Lawrences moved on, Brett stayed behind, establishing permanent residence in Taos. In 1938, she became a citizen of the United States. Brett was deaf by the age of 27 and is often remembered for the brass ear-trumpet she carried with her at all times.

Throughout her extensive career, Brett painted portraits, landscapes, Native American dancers, and mystic, or symbolic, images. Among her favorite subjects were the Taos Indian celebrations. Like many of her European contemporaries, Brett’s interest in Native Americans stemmed from seeing Buffalo Bill’s touring Wild West Show.

We buy works by Dorothy Brett 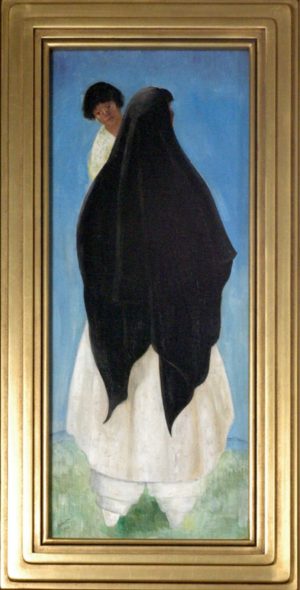 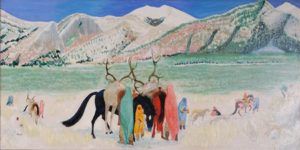