Born in London, Dawson Dawson-Watson was the son of a popular English illustrator. After studies in his home country, backing from a wealthy sponsor allowed Dawson-Watson to study abroad, first in Paris and then in Giverny, the home of impressionist Claude Monet. During his European travels, Dawson-Watson met and married an American woman, Mary Hoyt Sellar, and after arriving together in the U.S., the artist was hired as the director of the Hartford Art Museum in Connecticut.

Dawson-Watson excelled at a variety of subject matter, including landscapes, portraiture, marine scenes, murals, and graphic art. He taught at a number of art schools, among them the Byrdcliffe Colony in Woodstock, New York, and the St. Louis School of Fine Arts. 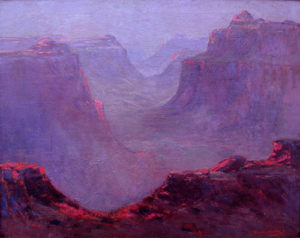