Carl Wimar was raised in St. Louis after emigrating from Germany with his family in 1843. Already painting by the age of 12, he completed many scenes of life on the Mississippi River, as well as images of the frontier, buffalo hunts, and Native Americans, while still in his youth. In 1852, Wimar returned to Germany to formally study art at the Dusseldorf Academy, the leading art school at the time. He studied with painter Emanuel Leutze and remained there for four years. Even in Germany, Wimar’s work focused on American subjects, such as the opening of the West, the pioneers, and conflict with Native American tribes.

Soon after his return from Europe, Wimar embarked upon two trips up the Missouri River, one in 1858 and another in 1859, traveling 2,300 miles. During that time, Wimar made an extensive series of sketches and photographs of the landscape and the people he found there. Upon his return to St. Louis, this work provided him with the basis on which to create the paintings that have, over time, come to be known as a significant chronicle of the West. 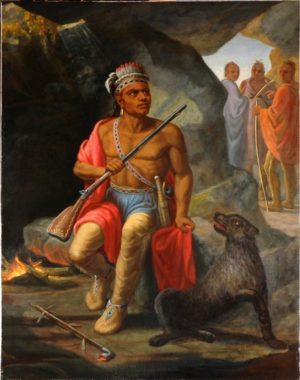 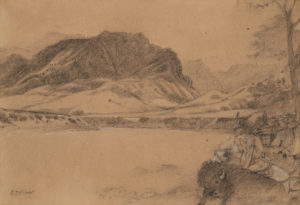