The son of a Lutheran minister, Birger Sandzen received all of his art education in Europe. He was an 1890 graduate of the College of Skara in Sweden, and studied further at the University of Lund. A pupil of A. Zorn and R. Bergh, he studied painting with Stockholm’s Artists’ League and then with Aman-Jean in Paris. He immigrated to Kansas in 1894, to teach aesthetics and painting at Bethany College. There he held the position of Professor until 1945 and Professor Emeritus thereafter. He first painted in the Colorado Springs area around 1916, and taught at Broadmoor from 1923-24. He also taught in Denver and at Utah State College.

Sandzen was primarily a landscape painter specializing in Rocky Mountain scenes. His style was after Van Gogh, with impasto and an Impressionist palette. Sandzen was also a frequent visitor to Santa Fe and Taos, beginning in 1918. In 1922, he exhibited with the Taos Society of Artists in New York City alongside the New Mexico painting giants of the day. 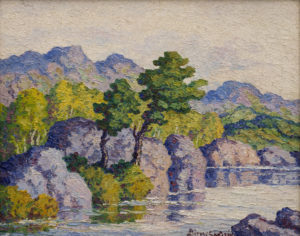 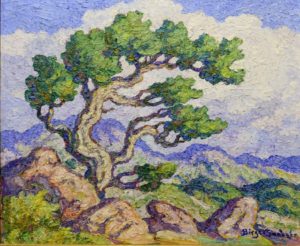 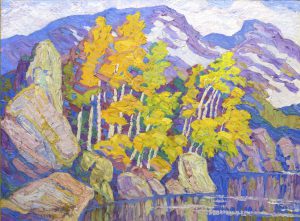