Recognized as the foremost painter of the American frontier during the nineteenth century, Albert Bierstadt was born in Solingen, Germany, in 1830. At the age of two he and his family immigrated to the United States. To study art, Bierstadt traveled to Dusseldorf, Germany, where he developed relationships with several important artists.

When he returned to the United States, Bierstadt opened a studio in New York City. In April of 1859, he joined the expedition along the Overland Trail led by Colonel Frederick W. Lander. This trip would soon give rise to the most productive and important phase of his career. Armed with sketches and stereographs, he returned to New York City in the autumn of 1859. There he produced the first of many panoramic western landscapes that established his reputation on an international level. From New York he would make many excursions west – some to California,  where he painted the first known rendition of the Yosemite Valley in 1864. That same year, “The Rocky Mountains” sold for $25,000, the highest price paid for a work of art at that time. Today, that painting is in the collection of the Metropolitan Museum of Art.

We buy works by Albert Bierstadt 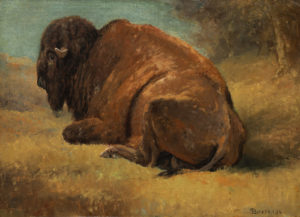 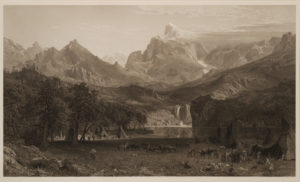 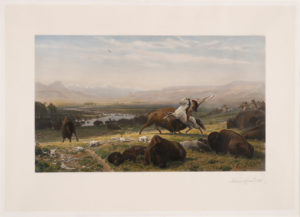 The Last of the Buffalo 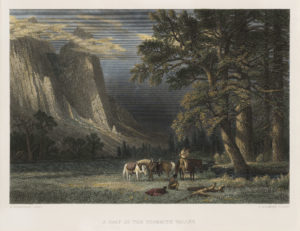 A Halt in the Yosemite Valley