Artist Agnes Pelton grew up in Europe. In the early 1900s, she studied with Arthur Wesley Dow after returning to New York City, where she gained early recognition. Pelton was one of 50 women included in the 1913 New York City Armory Show. She was one of the first New York painters to visit Mabel Dodge Luhan in Taos, New Mexico. The trip was a turning point in Pelton’s artistic career, which was revived by an interest in the New Mexico landscape and her contact with Native Americans.

As Pelton wrote: “I made studies of the winter in the mountains, and of the Indians in their bright blankets, and discovered that I had that quality of portraiture which conveys the feeling of life—livingness—and for several years I devoted myself to portrait painting entirely.”

A spiritualist and theosophist, Pelton became one of the original members of (and one of only two women who belonged to) the Transcendental Painting Group founded by Emil Bisttram and Raymond Jonson. Her paintings are in numerous collections, including The Whitney Museum of Art in New York City, the Palm Springs Desert Museum, the New Mexico Museum of Art, and the University of New Mexico Art Museum.

We buy works by Agnes Pelton 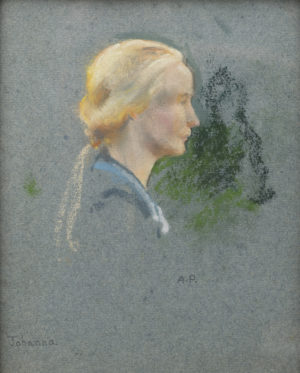 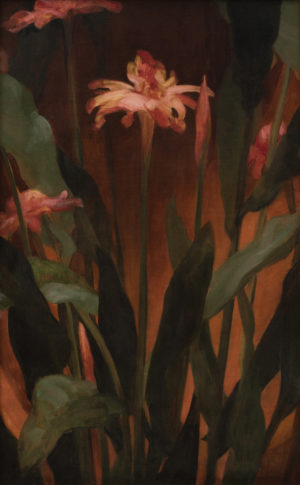 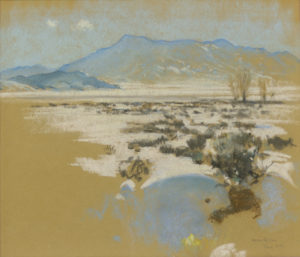